WHO ARE WE?
Assisi Pax International is a peace association founded in St Francis’s native land of Assisi. Its aim is to further a methodology of peace as envisaged by its founder, GianMaria Polidoro, a Franciscan friar, who looked at St. Francis’s experience of peace and love for nature.

OUR PEACE PROPOSAL
The mission of Assisi Pax International is to promote a viable project for peace. In our view, peace means a concrete proposal for the development of humankind’s civilization rather than a utopian dream. We believe that peace is built by joint efforts step by step. For centuries, political, economic and spiritual leaders and the common people have called for peace without it being fully achieved. Thus today many people feel disheartened and think that peace will never be achieved on our planet. However, we believe that peace is possible through a change in our way of thinking and visualizing the world. As stated in Gaudium and Spes, peace is much more than the absence of war: it means developing positive rapport between all human beings and creatures. As a consequence, if we base our relationships on the assumption, inspired by the Bible, that there is something positive in each person, then we believe that we can create a pathway to peace.
Today armed conflicts and the power politics of economic domination prevail at all levels of human interaction and are viewed as normal behavior by mainstream culture. Under such a reality, peace can only be regarded as a temporary suspension of conflicts rather than a permanent state for humankind. In the context of a society in which conflict is normative, peace can only be seen as utopia. If we really want peace, then we have to change the context.

We think that new patterns of relationship can be established in the human family and between the human family and the natural world. St Francis set the example when he met the sultan Melek-el-Kamil. On that occasion he “invented” and brought dialogue into the situation, thus finding a solution to deep-rooted conflicts between Muslims and Christians that had seemed unsolvable until then.

Our commitment to a Civilization of Peace stems from our deep belief in dialogue. If we bring dialogue in any situation, then we can state that peace is possible and fruitful.
Dialogue and positive attitudes towards the other are the key to peace building and peace keeping.

WHAT IS A CIVILIZATION OF PEACE?
We should first answer these questions?
What is civilization?
What is peace?

Civilization
Simply put, civilization is made up of the network of relationships we have with every being: human beings, the natural world, God and with ourselves. It is through relationships that our individual and communal lives are based. Every society shares a set of values that constitute their civilization and are at the core of their living together. Any civilization has its own features and these different features are not to be seen as a source of conflicts but a source of strength. When civilizations are not in conflict, their diversity can be a driving force of social cohesion and peace within a country and among countries. Diversity is not a cause of division but a source of richness.

Peace
Peace is much more than the absence of war. It is the process that starts once wars are over, hate has been quenched and tensions have been defused. Only then is the construction of peace possible, provided that a positive attitude is adopted towards every being and situation.

In religious terms, peace (Biblical shalom, the same root as salaam in Arabic) is the reconstruction of the ancient harmony between humanity, creation and even death.
Ultimately, in Christian faith, peace is the final return to Eden, made possible after we have been redeemed by Christ.

Civilization of peace
Following what we have just said, peace does not consist in a generic wish for peace or some equally generic peace actions, like a flag waved on a march. Instead, peace is found in a “culture of the positive” that acknowledges and values the positive qualities of every human being. Also our relationships with any creature will be established on such a positive attitude.

We are committed to building a civilization of peace whose strengths are putting our trust in positiveness and overcoming the concepts of enemy and conflict. This is what is learnt from the Christian reading of creation.

FAITH AND OTHER VIEWPOINTS
A note is necessary. When we speak about peace, we usually refer to the Christian faith and we use the language of that faith to convey our beliefs and proposals. Faith has its own language to read the world. We believe that the viewpoint of faith does not disagree with other complementary viewpoints, i.e., those of science and rational thinking. For this reason, religious language needs translating into the other languages that interpret the world.

The peace proposal of Assisi Pax International was conceived by Father GianMaria Polidoro out of his insights into interpreting St Francis’s reading of the Gospel.

OUR PEACE COMMITMENT
Our commitment to peace stems first of all from a cultural change that entails: 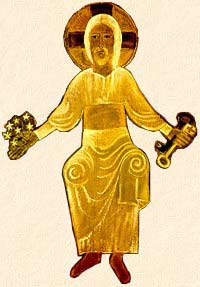